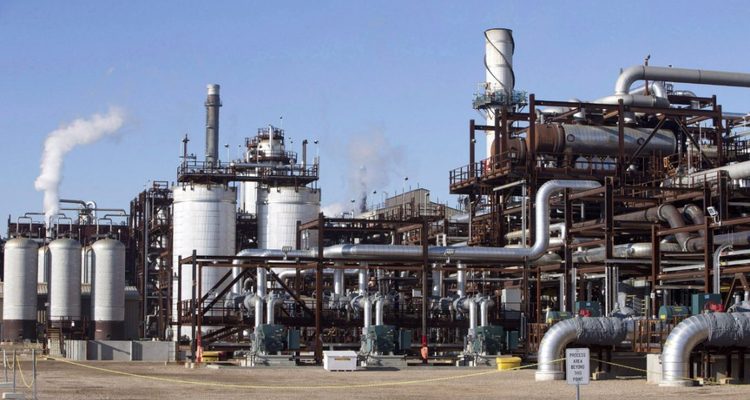 Quest carbon capture and storage facility in Fort Saskatchewan Alta., shown in this 2015 file photo. Regina is hosting on a carbon capture symposium this week for about 150 invited delegates from 16 countries.  (JASON FRANSON / THE CANADIAN PRESS FILE PHOTO)

The conference will show off the technology that captures waste carbon dioxide from burning fossil fuels and buries it underground.

REGINA—The International Carbon Capture and Storage Centre is holding a global symposium in Regina to show off the technology that captures waste carbon dioxide from burning fossil fuels and buries it underground.

It’s a working meeting for about 150 invited delegates from 16 countries.

Mike Monea, president and CEO of the knowledge centre, says the aim is to expand the technology around the world.

Monea says carbon capture and storage works, and the next step is to find ways to deploy it around the world.

He says another goal is to reduce capital and operating costs.

The three-day conference, which wraps up Thursday, includes several presentations and a tour of SaskPower’s Boundary Dam coal-fired power plant in Estevan.

“We have been on a path for the last 30 years developing the regulations, policy, pipelining, capture systems, and we can show people what to do quickly in order to deploy CCS into their own country,” Monea said Tuesday.

The carbon capture facility at the Estevan plant went on-line in the fall of 2014.

It was forced down several times in 2015. SaskPower had to pay $7.3 million in penalties to Cenovus Energy because the plant wasn’t operating enough to deliver all the captured carbon dioxide promised to the Calgary-based oil company.

SaskPower’s annual report that year said the power plant faced technical and mechanical issues which “prevented the plant from achieving an acceptable level of reliability and performance.”

However, in 2016, SaskPower CEO Mike Marsh said the facility was operating well and on track to capture 800,000 tonnes of carbon dioxide.

View Original Article On The Star