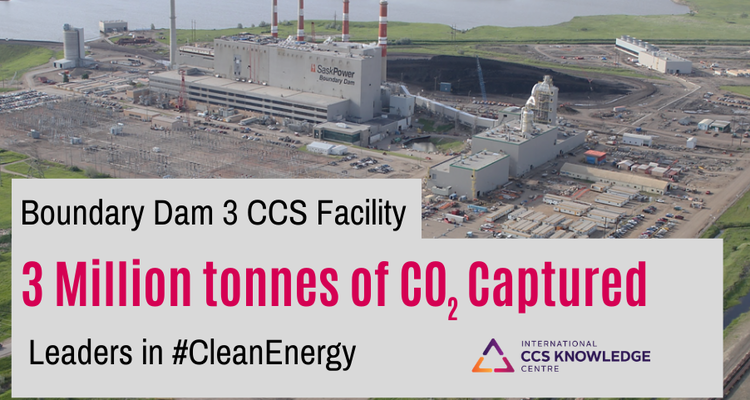 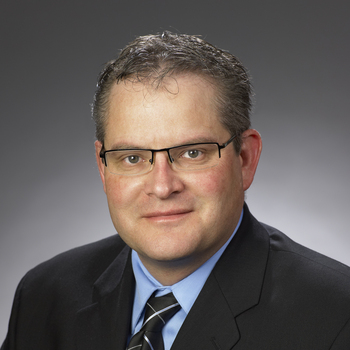 Corwyn grew up on a farm in South-East Saskatchewan with a passion for making things work. Corwyn holds a Mechanical Engineering degree from the University of Saskatchewan, and is registered as a Profession Engineer, and a Project Management Professional.

Corwyn has been working on the Boundary Dam 3 CCS project since early 2009.  During this time, he served as both an engineer and a project manager focusing on: building the original business case; scope definition and delivery of the power plant upgrades and capture plant integration; and most recently has spent the past 3 years leading the effort to resolve deficiency and operational issues at the facility.

Corwyn worked at the International CCS Knowledge Centre as the Vice-President, Project Development and Advisory Services from September 2017 to November 2020. Starting in January of 2021, Corwyn started a new position as the Regional Manager Thermal and CCUS at Hatch.

There is an old saying that states, “Saskatchewan is so flat, you can watch your dog runaway for three days.”  This province is in the heart of the Canadian prairies, and for most of the southern half, the geography of it is flat – as a pancake.  That said, just because we don’t have mountains, doesn’t mean the people here aren’t capable of either climbing or moving them.

Around 2007, a small group of big thinkers in Saskatchewan started to lay the groundwork for retrofitting one of the province’s coal-fired power plants with a carbon capture facility. Eight years later, SaskPower’s Boundary Dam 3 CCS Facility (BD3) became the world’s first carbon capture and storage (CCS) facility that is fully-integrated with a coal-fired power plant – a monumental, ground-breaking effort for large-scale capture. Renowned for its full-chain approach, BD3 has a coal plant, a carbon dioxide (CO2) capture facility, transportation infrastructure (pipeline), capabilities for permanent deep geological CO2 storage with Aquistore and a market for CO2 utilization and storage through enhanced oil recovery (EOR).

On Sunday, November 3, 2019, the BD3 CCS Facility reached a major milestone, announcing that since opening, it has captured three million tonnes of CO2 – preventing it from entering the atmosphere.

3 million tonnes of carbon has been captured at the BD3 CCS Facility.

Motivated to see a sizeable impact on CO2 reductions, Saskatchewan has come a long way since the first day the switch was flipped.  Being first put us in unchartered waters as to how the plant would operate.  In essence, this is a story of what we learned and how we have addressed issues that have translated into better performance over time.  BD3 is a success, it’s working and continues to improve.

BD3 is the only coal fired power plant permitted to continue operations legally in Canada after 2030 provided it keeps an annual average emissions intensity below 420 tonnes of CO2 per gigawatt hour (t/GWh).

The fully integrated design between the power plant and the capture plant has worked well, and has been far more flexible than was originally intended, which has helped the plant match its output to the reduced market demand for CO2 sales, a result of the current oil price. The chart above illustrates the annual availability of the capture plant in relation its host coal-fired power plant and shows the increase over time, as the plant’s reliability has improved.

CCS is designed for the world

The team that designed and built this world’s first CCS facility, integrated with a coal-fired power plant, has developed a strong knowledge base and expertise – much has been learned by monitoring and improving this technology over time.  Now that primary issues have been dealt with, such as safety and reliability and the production of the facility, the focus is now on reducing operating and amine make up costs to make it a more economic unit to run.

Having absorbed and refined our experience from lessons at BD3 as a 1st generation CCS plant, the International CCS Knowledge Centre sought a way to crystalize key learnings.  So we launched a utility level feasibility study, which brought in engineering firms, original equipment manufacturers, and CCS technology providers, along with input from SaskPower to show how a new facility could be more cost effective and more manageable.  This 2nd generation study evaluated a CCS retrofit and life extension on SaskPower’s Shand Power Station - chosen for its favourability due to its larger size, young age and location.  This study resulted in a public report which de-regionalized the results and shared the lessons learned with the world, and a confidential version which included specific economic analysis for the Shand plant, was also prepared.

Now today, we are at the starting point for the next generation CCS plant.  Through the study, we know the next plant will see 67% capital cost reductions (per tonne of CO2 captured), with a capture rate able to reach up to 97% at reduced load while the plant is integrating with renewable electricity supplies.

The study also explores a hybrid heat rejection system that uses a combination of flue gas sourced water for evaporative cooling, and direct air cooling in order to achieve a cost-effective cooling system that requires no new water and does not create a new waste stream.

From pioneer to the foundations of 2nd generation CCS, BD3 is a success, it’s working and continues to improve.  Hundreds of people visit the plant every year to see it in person and learn from our experience.  One of our recent visitors included COP24 President Michael Kurtyka who said during his visit, “I am here because of the leadership role this country (Canada) and this region (Saskatchewan) is playing on the international scene. You are leaders in the world.  All that you bring to the table internationally is extremely important.  We have many challenges ahead of us with energy and societal transitions and you are taking a leading role.”

Indeed, three million tonnes of CO2 captured and prevented from entering the atmosphere, that is a milestone worth celebrating.