Action on CCS Heating Up Around the World

Niall Mac Dowell chaired a panel discussion on CCS at the 13th annual Canada-UK Energy Summit in London on Oct.19, 2022 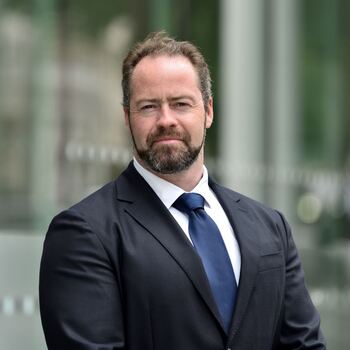 After two years of COVID-related cancellation and postponement, travel, in-person meetings, and conferences are back in full swing.

I have spent the past six weeks almost entirely travelling around the world, attending meetings, and catching up with old friends, and making some new ones, in the USA (Washington DC, Pittsburgh, and New York for the Clean Energy Ministerial and Global Clean Energy Action Forum, Canada, London (briefly for the Carbon Capture and Storage Association’s annual meeting and the Canada-UK Energy Summit), France (Lyon for the International Energy Agency’s Greenhouse Gas Control Technologies (GHGT-16) conference)) and the United Arab Emirates (Abu Dhabi for ADIPEC).

Now, pausing for breath, and conscious of the attention and hopes currently focused on proceedings at COP27 in Egypt, I wanted to take some time to share some thoughts and reflections on my recent experiences.

The first impression is that – everywhere – there is a tremendous enthusiasm for “doing CCS”. This is reflected in both meeting names and themes of recent CCS events, e.g., the first Global Clean Energy Action Forum, or CCUS 2022: Time to Deliver (emphasis added), and also in the marked absence of the once-common refrain of how CCS was “experimental”, “early stage”, “unproven”, or “in need of more research” (though, as an academic, I believe there is always room for more research…!).

Paying for large-scale CCS projects – the importance of debt

Now there is a much greater focus on how to pay for CCS, the kinds of contracts and business models that will (in due course) facilitate access to debt. Debt is important owing to the scale at which CCS ultimately needs to be deployed. Finance at this scale can only come from the debt markets, and it is unreasonable to assume that public sector grants or corporate balance sheets will do more than a small minority of the overall effort. What is key, however is that banks are notoriously, and quite rightly, risk averse, and are unwilling to accept any substantial level of technology or engineering risk. Thus, in order for banks to come to the table, the necessity of “total asset management” (TAM) approaches for the deployment of capture technology, with appropriate flue gas conditioning specifications seem likely.

Thus, as originally set out in the Oxburgh Report[1], this approach implies a substantial disaggregation of the CCS value chain, and different investors participating in their own areas:

Importantly, with the increasing focus on CO2 capture hubs, the liability assigned to a given CO2 store with the comingling of multiple sources of CO2, has substantially evolved from what was envisioned when CCS was a more simple “single-source-to-sink” model.

Government policies a mix of carrots and sticks

Given the consistency of focus on delivery, it is fascinating to observe the various approaches that different governments are adopting to provide revenue stabilisation and help make the investment case for CCS.

One key observation is that, even if some instruments are more high-profile than others, it would appear that no country is attempting to deploy CCS exclusively via one mechanism.

Possibly one of the most high-profile options is the US tax credit, generally referred to as 45Q. Admirable in its simplicity, and recently amended via the US Inflation Reduction Act, this mechanism awards $85 for every tonne of CO2 stored in a saline aquifer. This production tax credit is direct pay for the first five years, reverting to a more usual tax credit mechanism thereafter, albeit with broad transferability provisions to help monetise the credit.

Canada is using a combination of a federally-backed carbon tax (set to increase to CAD$170 per tonne of CO2 emitted by 2030, and an investment tax credit to reduce the capital cost associated with various elements of the capture, transport, and storage of CO2.

The UK is using a different approach again, with a contract for difference (CfD) approach for revenue support and stabilisation for the capture technology and a regulated asset based (RAB) model to help finance the CO2 T&S infrastructure.

The UAE is at a different stage in this journey. Whilst it has committed to its strategic initiative to net zero and appears deeply interested in the role of CCS, CCU, and hydrogen (of all colours) in achieving these aims, relatively little is publicly available in terms of its thinking on business models.

Importantly, whilst there is a very significant level of enthusiasm for getting going with CCS deployment, it is notable that where business models are substantially developed, the cost burden falls primarily on the public sector, either the taxpayer, as with tax credits, or the bill payer as with CfDs. This is a perfectly viable approach in the near term, but as the CCU industry grows, this will inevitably evolve to a more normal market position, as per this illustration:

There is another, new, dimension of contemporaneous importance: the emerging theme of international competition in the case of CCS deployment.

Pre-2019, no country or corporation had committed to net zero, by any date. In this paradigm, whilst the importance of CCS was broadly understood, and accepted, there was no real sense of urgency for its deployment. Incentives were nascent.

Since 2019, however, net zero pledges have abounded. Starting with the UK, now more than 70 countries, and more than 1,200 corporations have made net zero pledges. In aggregate, this comes to about 76% of the world’s emissions[2].

With net zero as a target, and a specified date, it is now possible to discern a rate at which CCS projects need to be delivered. In 2022 alone, 61 new facilities were added to the global project pipeline, with the total now standing at 196 projects. Canada hopes to capture and store 15 Mtpa of CO2 by 2030 – that is a huge amount of CCS to deliver in only 7 years! In the UK and EU, there are a total of 73 projects under development. IRA in the USA has made $369 billion available to support climate and energy projects — including CCS — in the USA[3]. These are huge numbers!

All of this is to say that there is a great deal of concurrent activity in multiple regions of the world. What struck me over the past several weeks was the extent to which the same organisations are active globally. This implies that as they are planning on where to invest in CCS, there will inevitably be an element of competition.

Capital allocation is an inherently competitive process. When an organisation is thinking of spending on CCS, this decision is set against a range of alternatives, including other capital projects, debt repayment, share buyback, or dividend issuance, and so forth.

If a decision to invest in CCS is made, potential projects will inevitably be compared via the conventional lens of an NPV or IRR analysis, as well as via consideration of country-specific policy and political risk, as well as the potential for permitting/regulatory delays to increase project costs, potentially derailing the underpinning investment case.

For example, the UK has been trying to do CCS since 2005, and has been repeatedly unsuccessful. In the USA, whilst 45Q is very attractive, the delays associated with securing a Class VI permit for a CO2 store will inevitably cause pause. The federally-backed carbon tax in Canada is encouraging, but one must remember that something like this once existed in the UK[4], and was quickly scrapped owing to concerns regarding consumer energy bills. Might something similar happen in Canada?

It is at this point that I reflect on Dan Yergin’s recent comments at ADIPEC that the world is now facing an energy crisis of potentially unprecedented proportion. European trade policy, such as the Carbon Border Adjustment Mechanism (CBAM)[5] will inevitably create trade friction, and the EU is already seeking revisions to US industrial policy as articulated in the IRA[6] owing to perceived impacts on the “level playing field.”

None of this is intended to sound excessively pessimistic, and I remain broadly optimistic about the coming years…  but nor can we be complacent. As we go forward, it will be important to recognise that there are many distinct stakeholders involved in the deployment of CCS projects. From banks to governments, infrastructure developers to capture technology developers, they each have their distinct set of decision criteria and time scales. Too often in the past, CCS projects have failed – often very close to the final hurdle – owing to a misalignment of these factors. Moreover, public acceptability of any large project – CCS or otherwise – cannot be assumed. Going forward, proactive and considered management of these factors will be vital to minimise the chances of project failure, leading to lost money, and, more importantly, time. In all of this, knowledge sharing, building on lessons learned from previous CCS projects – both those regarded as successes and failures –  is vital.

Based in London, U.K., Niall Mac Dowell is Special Advisor to the International CCS Knowledge Centre. Niall represents the Knowledge Centre amongst global decision makers and financiers to accelerate the deployment of CCS. He is also a professor in Energy Systems Engineering at Imperial College London.