BD3 CCS - From the Experience of Engineers in Training 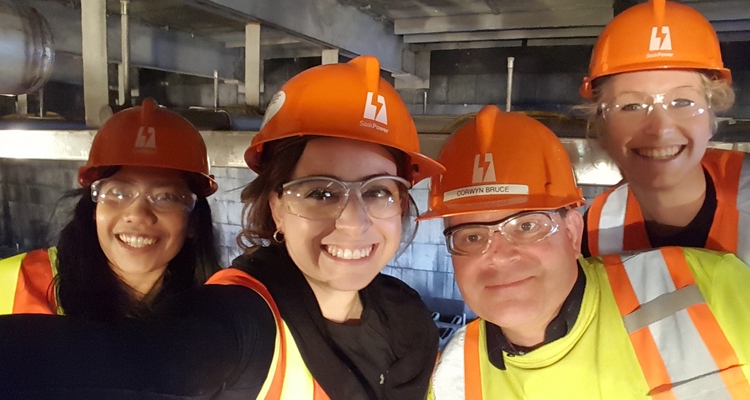 Pictured here are the International CCS Knowledge Centre's Engineers in Training along with Head of Technical Services, Corwyn Bruce. From left to right, Wayuta Srisang, Stavroula Giannaris, and Dominika Janowczyk 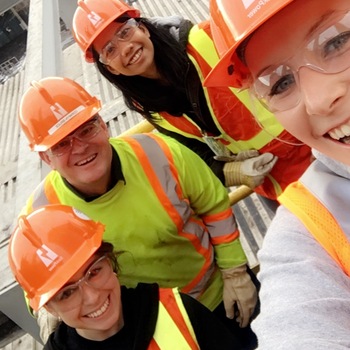 Dominika Janowczyk holds a Master degree in Process Systems Engineering from University of Regina and a bachelor degree in in Technical Physics program with major in Eco-technology from Pommeranian University in Słupsk, Poland. In November 2016, she joined the International CCS Knowledge Centre as a researcher focused on CCS development. Then in July 2017, Dominika started her role as an Engineer in Training. Her focus is to gain experience and knowledge in modelling, heat integration, data analysis, and project development.

Stavroula Giannaris holds a Bachelor of Science degree in Chemistry, a Bachelor of Applied Science degree in Petroleum Engineering, and a Master's of Engineering with a focus of carbon capture technology. In January 2017, she started working with the International CCS Knowledge Centre as a researcher and in July 2017 began working as an Engineer in Training. Stavroula’s interests include systems modelling and optimization. She is currently working towards her Professional Engineering designation.

Wayuta (Tan) Srisang holds a Bachelor degree in Chemical Engineering from Thailand, as well as both a Master and a PhD in Process Systems Engineering from the University of Regina. In January 2017, she joined the International CCS Knowledge Centre as a researcher and in July 2017 she started working as an Engineer in Training. In May 2019, Tan received her designation as a professional engineer. Her specialization is in amine based carbon dioxide capture technology focusing on process optimization, heat integration and water management.

It was a crisp morning on the first day of December 2017 when us three young Engineers in Training (EITs) embarked on an adventure to tour the Boundary Dam Power Station and the ICCS Facility in the city of Estevan, Saskatchewan. 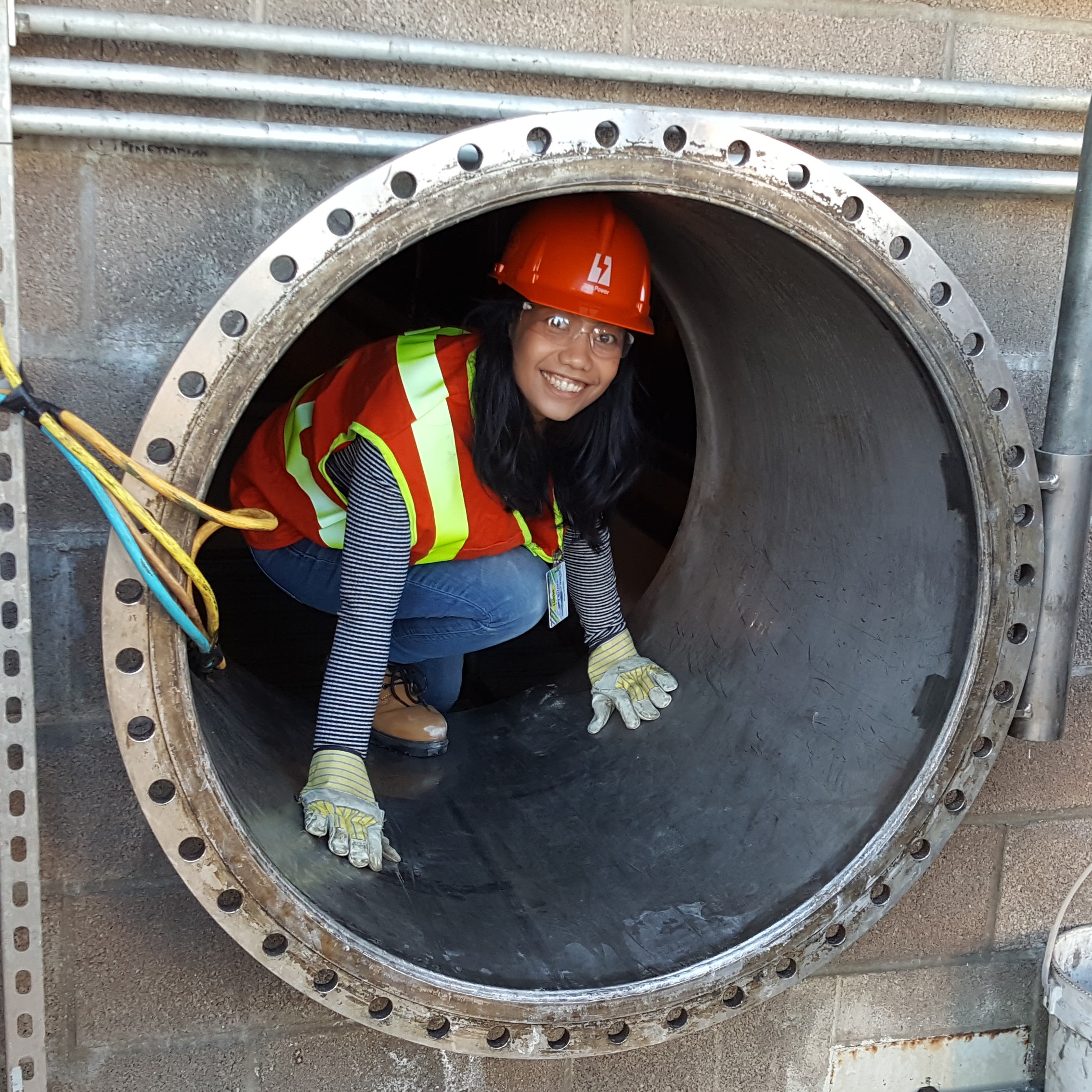 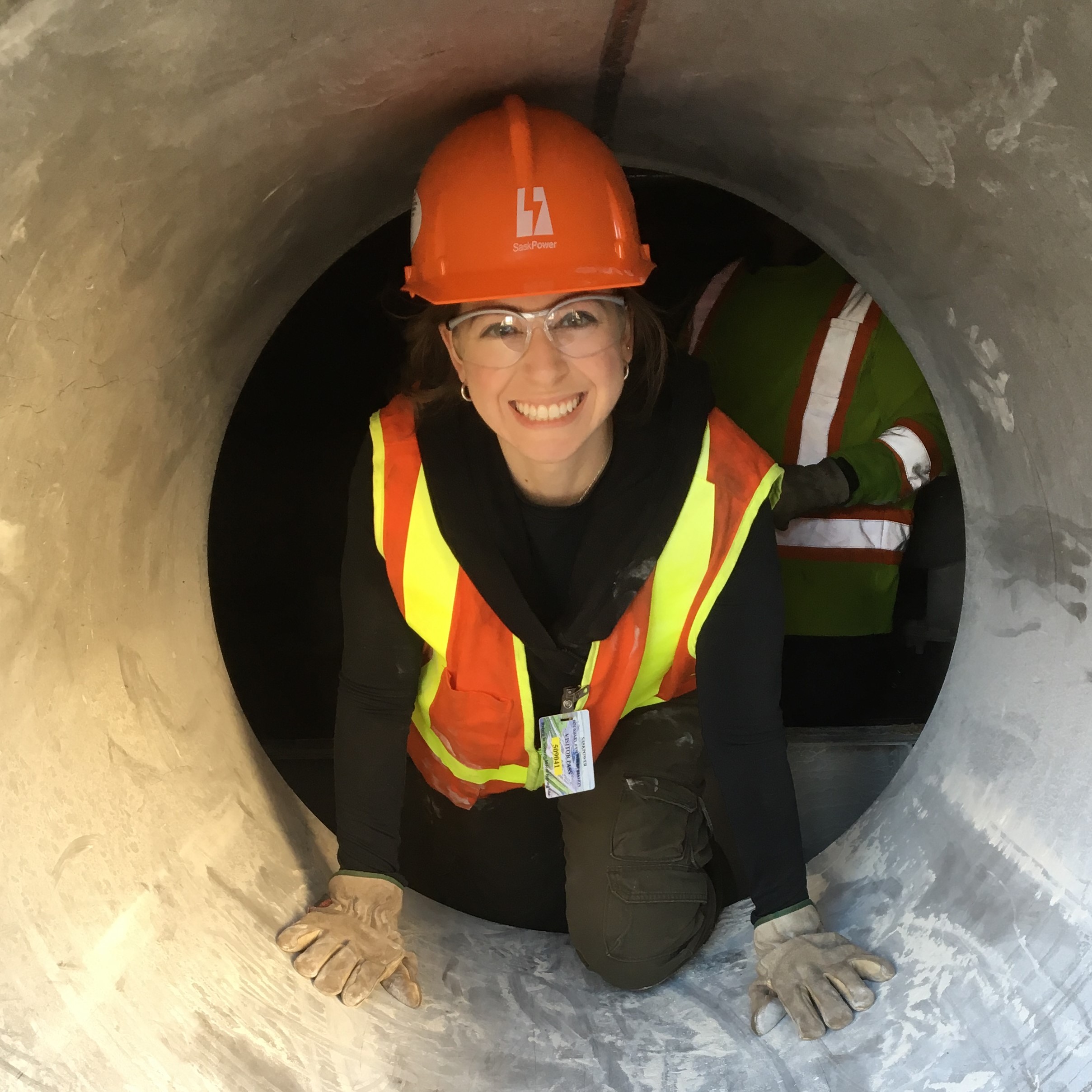 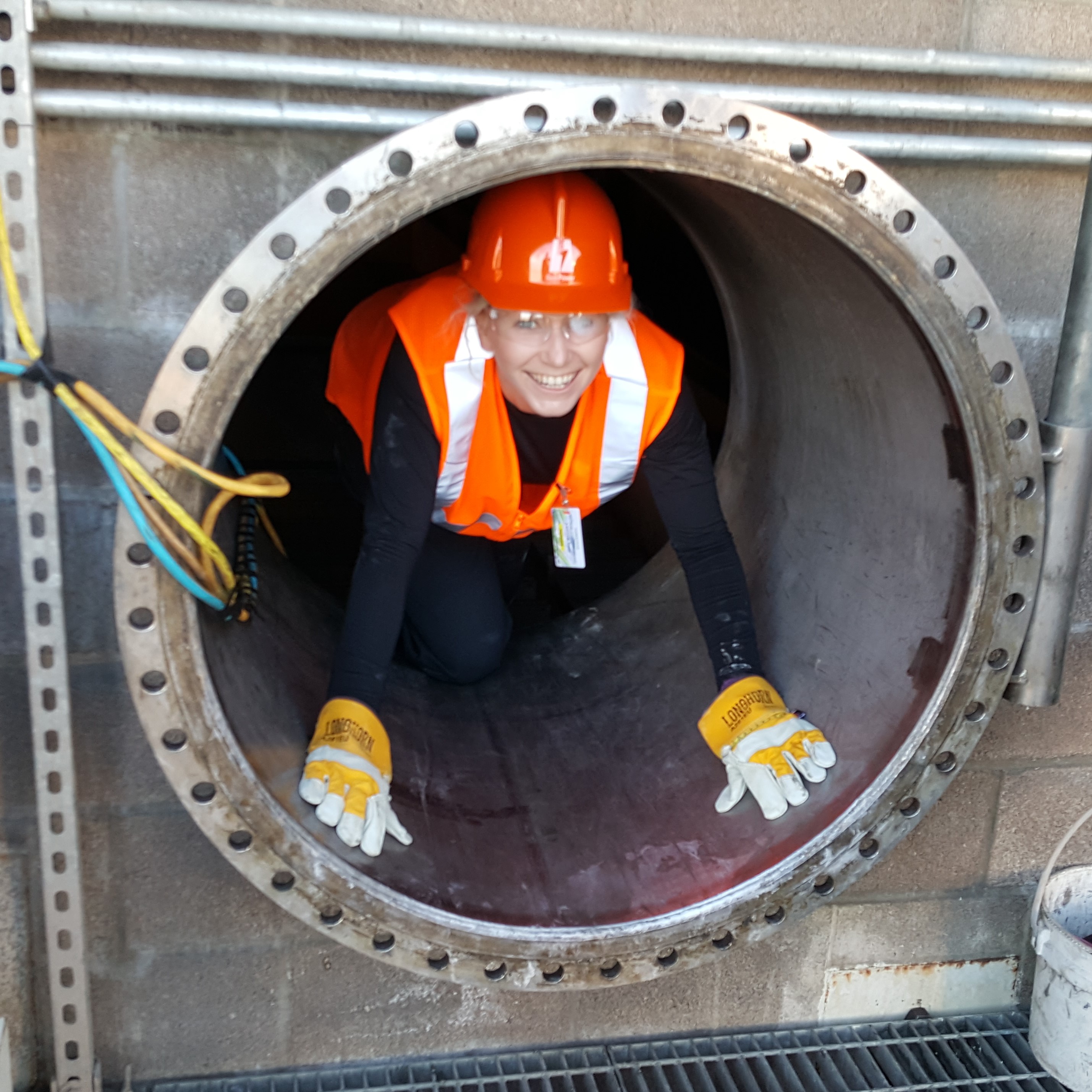 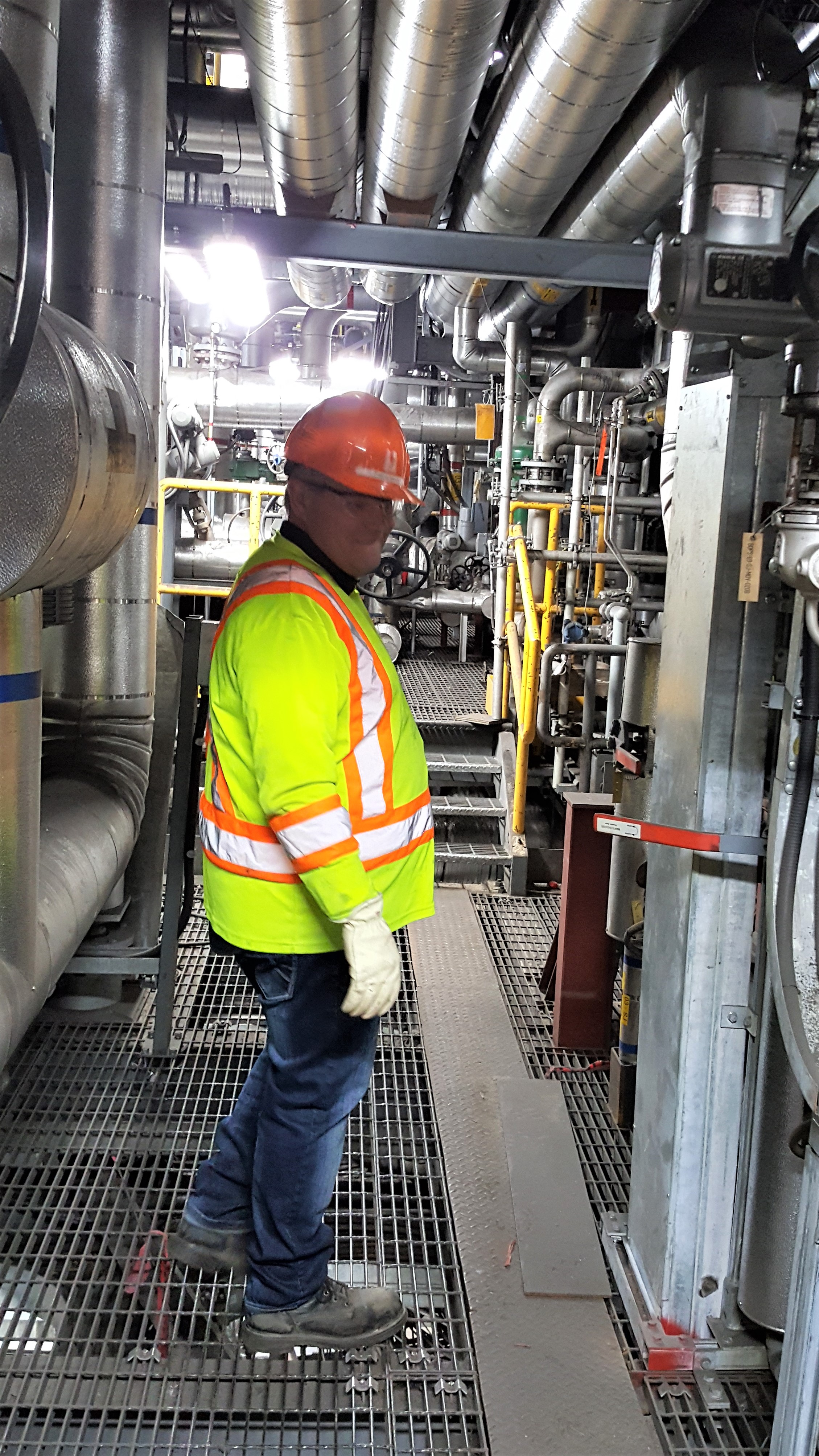 With Corwyn Bruce, Head of Technical Services at International CCS Knowledge Centre, as our guide, mentor, and most importantly best boss ever, the three of us were in for a day filled with learning and a once in a life time opportunity to get up close and personal with the world’s first post combustion carbon capture facility.

Upon arrival on site we completed the necessary orientations and then began an overall tour of plant with an extensive look at Unit 3.  Corwyn’s previous position as Manager of Carbon Capture and Storage Initiatives at SaskPower provided us with invaluable knowledge and understanding of both the power station and the capture facility. Unit 3 along with the capture facility were offline which gave us the opportunity to visitvarious corners of the facility and see firsthand what many visitors don’t get to experience.

Our tour began with a very cozy elevator ride to the 14th floor of Unit 3.  Once on the platform, Corwyn pointed out the top of the boiler – a piece of equipment that can only be described as colossal.  Corwyn explained the ins and outs of the boiler which included the coal fluidization process, the various piping to facilitate coal and steam movement, the firing of the boiler, and even showed us the soot blowers – a vital piece of equipment that not only clean the tubing in the boiler but also produce a melodic and periodic “woosh” sound, thus contributing to the overall atmosphere of the power plant.

After the overview of the boiler Corwyn led us to a heavy steel sliding door (one of many in the plant). After sliding it open and crossing through it onto the other side we were greeted by the coal conveyer belt. As we gazed upon the still and silent belt (recall the Unit was off line) we were awestruck by the sheer size of it and marveled at its magnitude, length, and intricacies. 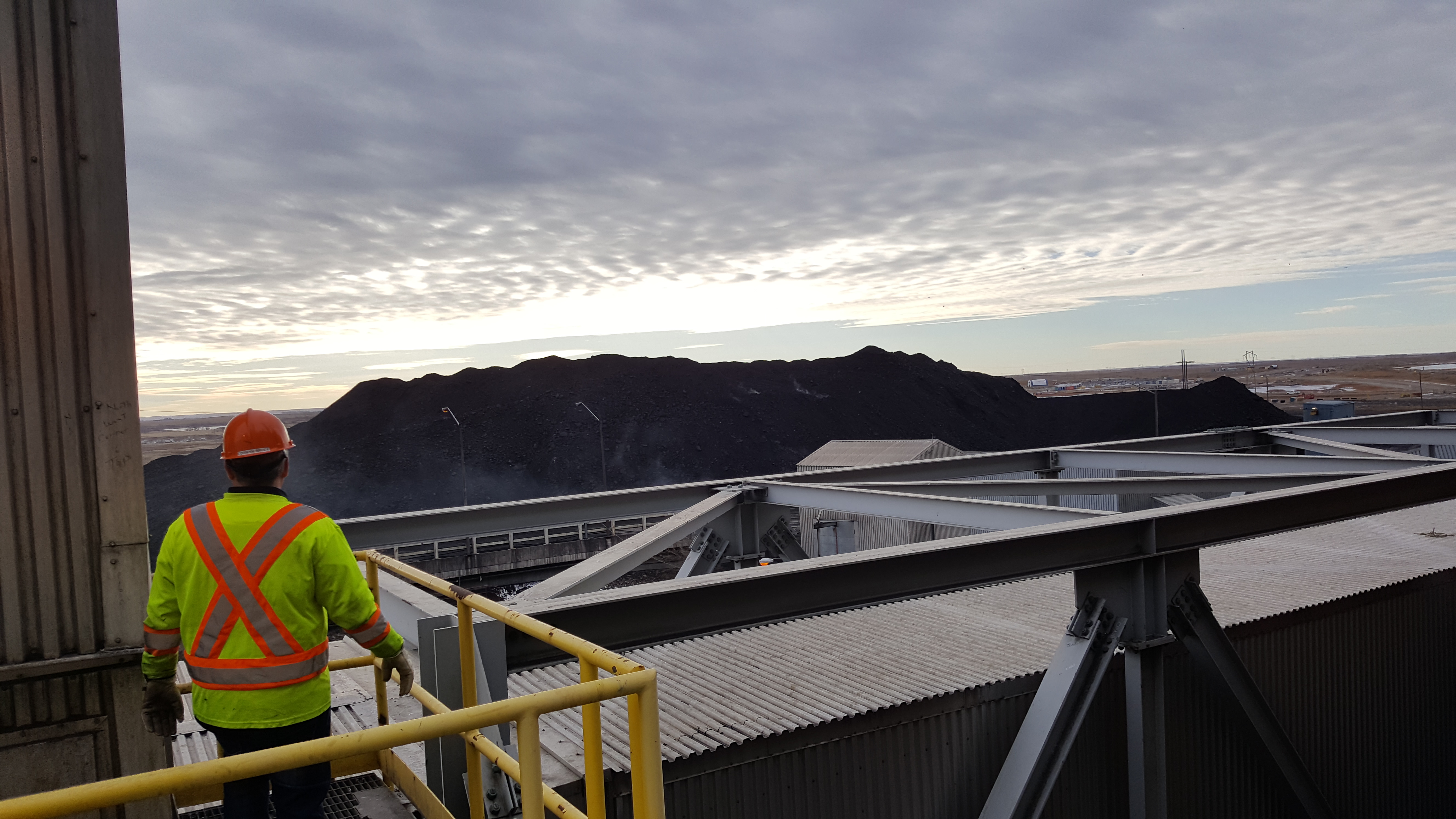 As the tour progressed we found ourselves approaching the turbine but not before Corwyn took us on a detour to the outside of the plant and showed us the diverter dampers. These dampers dictate the flow of flue gas to and away from the carbon capture facility. Seeing the work that went into facilitating this movement of flue gas was incredible. The stretch of ducting to the capture facility from the exhaust stack of Unit 3 was impressive. 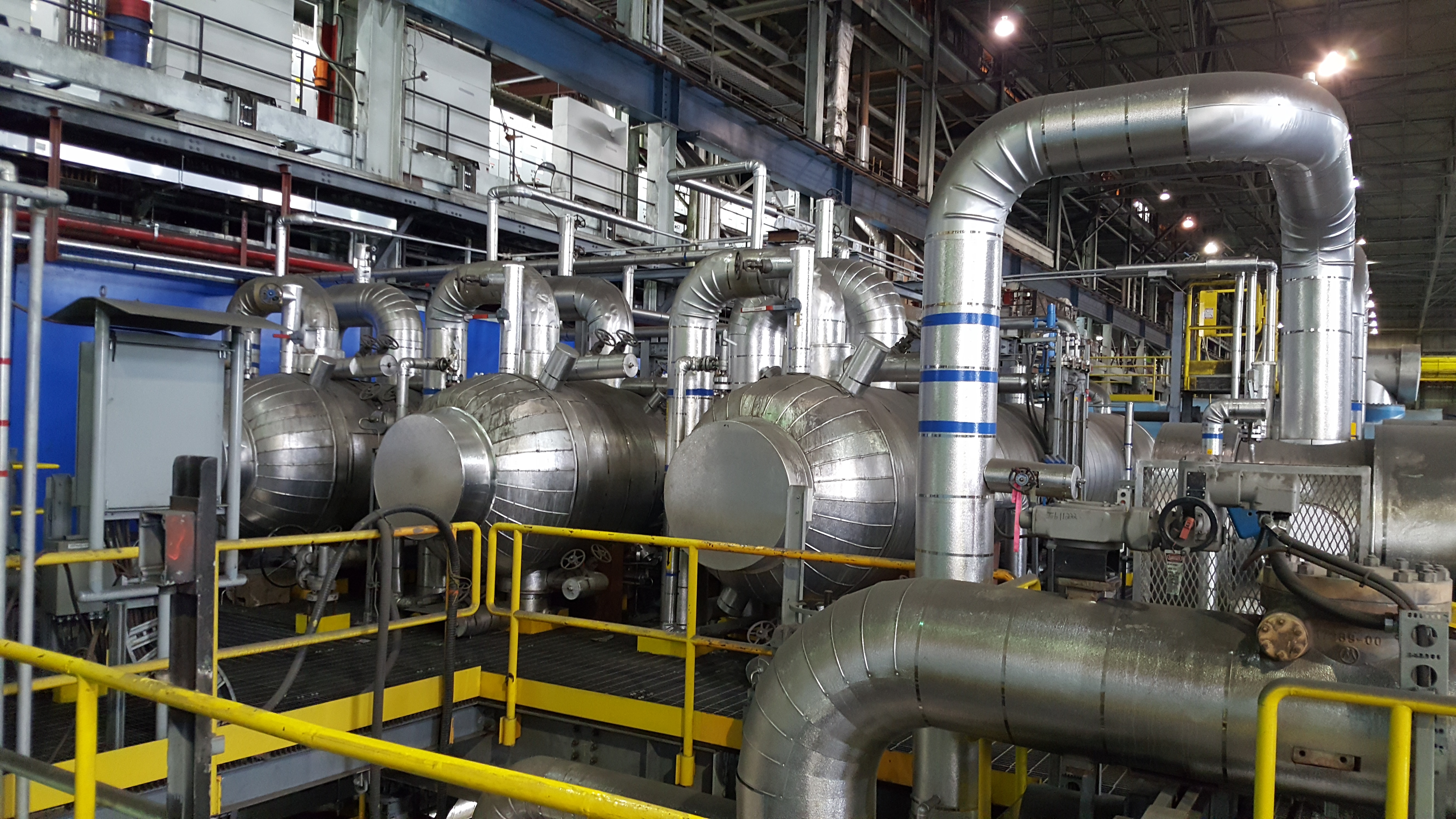 We then ducked back into the building and made our way up to the turbine platform. The realization that the turbines themselves lack in size compared to the other plant components was enlightening. It was also interesting to see the turbines of all the units lined up in parallel to each other all in a row. It really gave us a new perspective and appreciation for the work that goes into “keeping the lights on”. 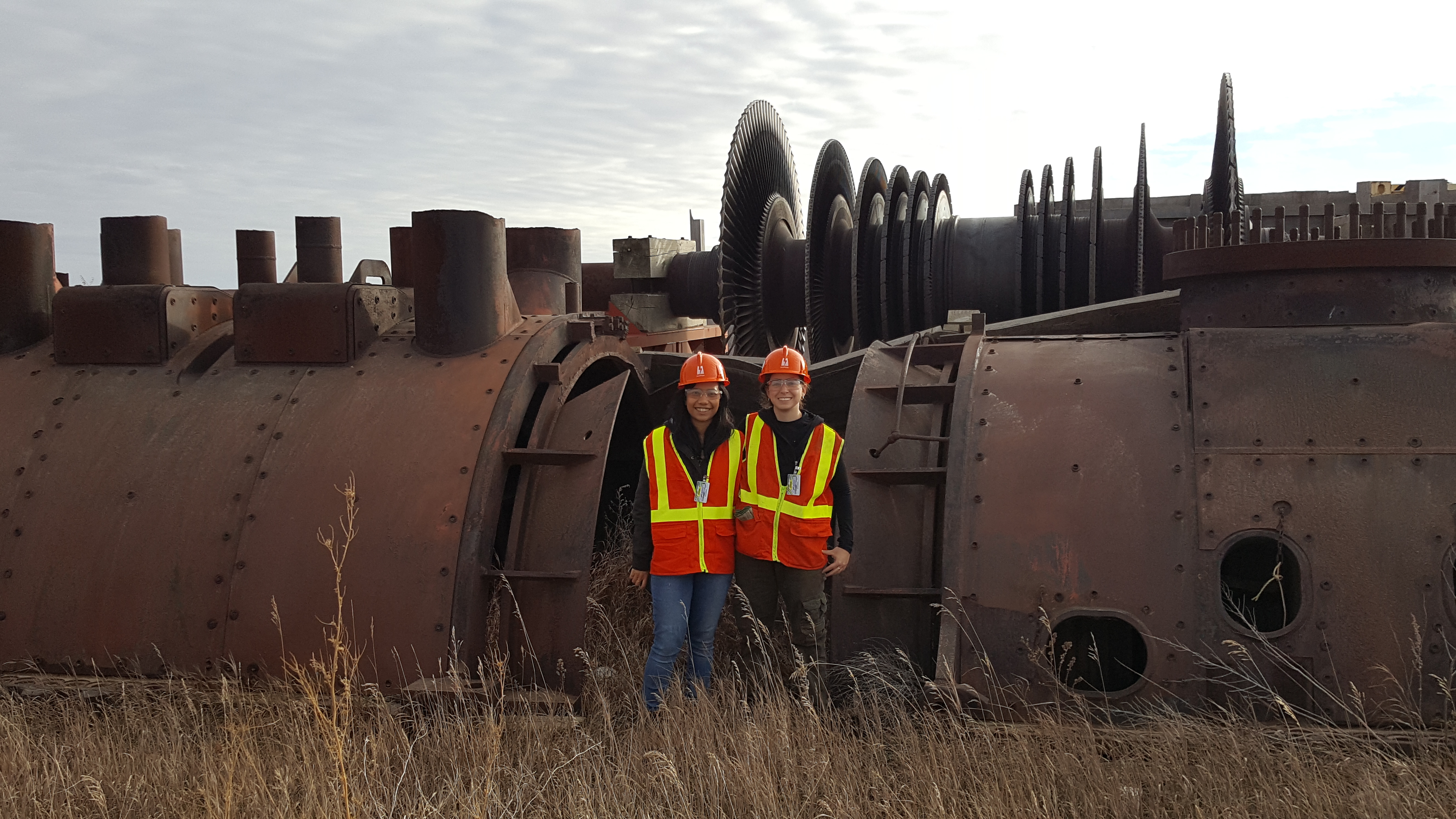 As with any machine, maintenance is a major part of running a power plant. Unavoidably, various power plant components meet their end of life time and are gently retired to plant Graveyard – a final resting place for degraded equipment after decades of service in providing power to the people of Saskatchewan. It was intriguing to see these salvaged components. In particular, we saw the inner workings of an LP turbine and the detailing in the blade orientation and structure.

Finally, it was time to make our way to the main attraction – the carbon capture facility. After years of studying the carbon capture cycle in university and committing to memory the simple schematic of the absorber/stripper/single lean-rich heat exchanger system, we all finally saw a real life, working, breathing, full scale, post combustion carbon capture plant. The absorber tower (rectangular and inner lined with ceramic tiles) was different from the classic vertical cylindrical vessels that are often portrayed in drawings. It was eye opening to see the size difference between the absorber and stripper and that there is a series of multiple lean-rich heat exchangers.

We were lucky enough to crawl into two sections of the SO2 absorber – the direct contact cooler and the amine section. We got an up close and personal look at the configuration of the packing and the distribution trays. We then continued up to the top of the absorber column, a 20-story “hike” up the stairs…The view from the top was worth every sore glute and hamstring muscle we felt the next day. 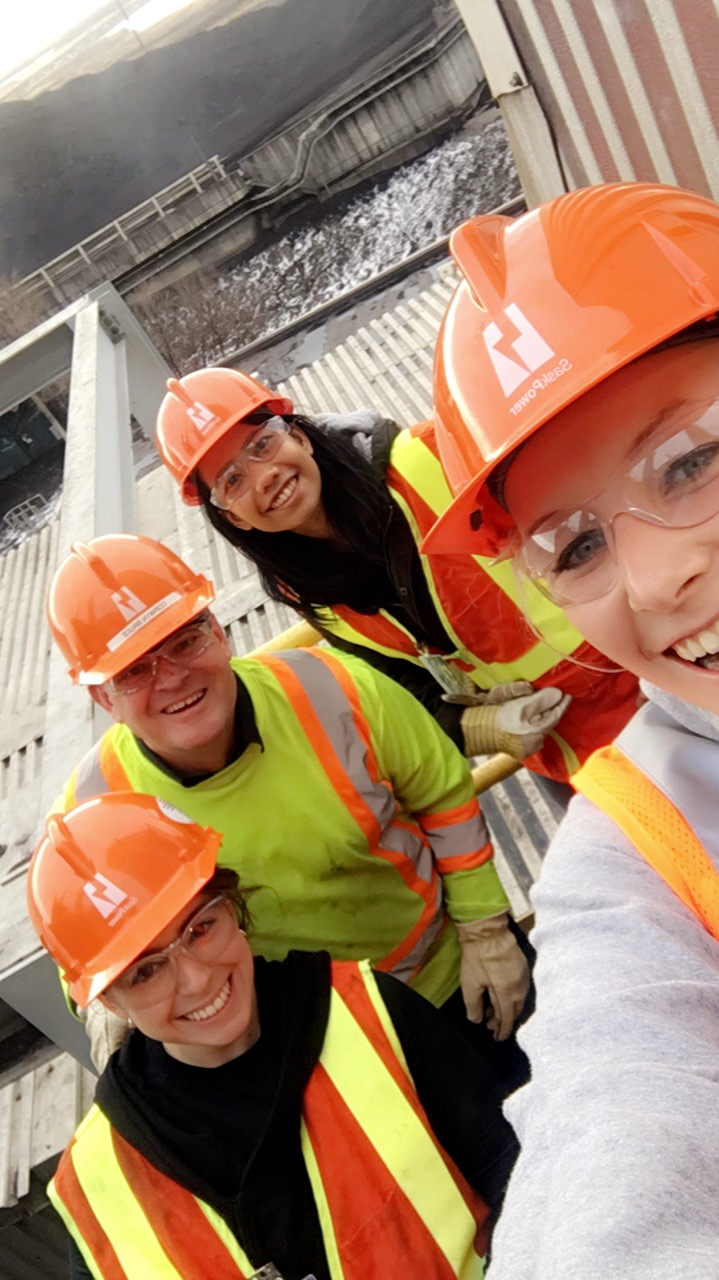 As junior engineers working at the International CCS Knowledge Centre it was a wonderful experience for developing our understanding of CO2 capture technologies and to better understand the processes behind Boundary Dam’s ICCS Demonstration Project.

The tour highlighted the progress that has been made in the field of CCS technology. The tour was great in implementing the knowledge that we have gained over the last several months working with P&ID’s, heat balances and the PI system.

Our “nerd” moment was when we recognized various tags on equipment from the PI system. The work being done at Boundary Dam is world-leading.

There is so much to learn throughout the development, demonstration and operation of a new technology. We are proud to part of ongoing learning at BD3 - It is paving the way for advancing and validating CCS technology for the world to use.