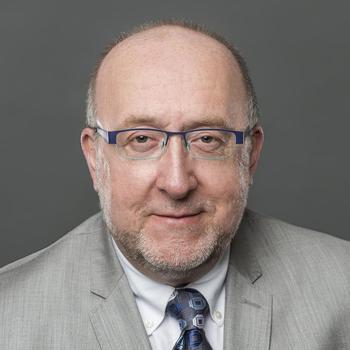 Norm has been Director of Communications at the Petroleum Technology Research Centre (PTRC) in Regina, Saskatchewan since 2008.  Over the past ten years, he has managed communications for the IEAGHG Weyburn-Midale CO2 Monitoring and Storage Project, the Aquistore deep saline CO2 storage project, and has worked with PTRC’s Heavy Oil Research Network (HORNET).  Norm has an MA in English from the University of Alberta in Edmonton and an MFA in Creative Writing from the University of British Columbia in Vancouver. His fiction, poetry and journalism have appeared in various newspapers and magazines, and his poetry collection, Garments of the Known, was published by Nightwood Editions.

Those who follow developments in carbon capture and storage (CCS) have not failed to notice an increasing amount of activity since 2017 in the development of regulations to enable its deployment.

The recent announcement by the signatories to the London Protocol, allowing for transborder transport of CO2 for storage beneath seabeds, is just one of the recent policy announcements powering CCS forward as one of the strategies for greenhouse gas mitigation.

Both Norway and the Netherlands are planning large off-shore storage projects that will require CO2 sources from around Europe. The need to remove barriers between states for the transport of CO2 is one of many complex issues that needs to be overcome if storage is going to play the role it must as identified in the most recent International Panel on Climate Change Report.

An Example of Cross-Border Cooperation on CO2 Transport and Injection: The Weyburn-Midale Project

In North America, enhanced oil recovery has been the driving force behind the last twenty years of advances in carbon capture, use and storage, particularly in the early 2000s in the absence of any taxation or credit schemes.

One of the first and most important of these CO2 utilization projects was a collaboration between Canada and the United States at the Weyburn and Midale oilfields in southeastern Saskatchewan.

The research component of this project, funded jointly by the US Department of Energy and Natural Resources Canada – along with various state, provincial and private sector partners – ran from 2000 to 2015.  It helped establish guidelines for CO2 geological storage that have been shared globally through a special supplement in the International Journal of Greenhouse Gas Control, and publications brought out by the PTRC in Regina, Saskatchewan.

More importantly, the project offered a cross border model for collaboration on the capture, transport and injection of CO2 that may be instructive for any European projects.

Between 2000 and 2015, the source for the captured CO2 injected at Weyburn was Dakota Gasification Company’s (DGC) Great Plains Synfuels Plant outside Beulah North Dakota.

Built at the height of the OPEC-embargoed energy crisis in the 1970s, the coal gasification facility was targeted by the Weyburn oilfield operators, at the time PanCanadian, in the late 1990s to provide a CO2 source to help increase oil production from the rapidly depleting field.

The plant was chosen because the stream of CO2 coming off the gasifiers was purer than other sources such as power plants and did not require major post combustion capture and separation.  This helped DGC lower its capital expenditures and instead only install compressors to condense the CO2 for transport.

Negotiations between DGC and PanCanadian led to a price agreement for the CO2 – believed to be a fifteen-year agreement for 5000 tonnes of CO2 per day at around $US15 dollars/tonne. DGC agreed to spend $US100 million on a 320 KM cross border pipeline from Beulah North Dakota to the Weyburn field near Goodwater Saskatchewan, receiving various tax credits and grants from the United States government to complete the pipeline.

In Canada, the Government of Saskatchewan went through environmental approvals for the pipeline route and gave tax credits to PanCanadian to offset the almost $CAN1 Billion in equipment additions to the main Weyburn oil facility.  Those tax incentives included removing the provincial sales tax from the CO2 purchase, and a break on oil royalties until the capital expenditures were paid off.

The ongoing success of the Weyburn and Midale project – with 39 million tonnes of CO2 stored in the oil reservoir, development of best practices for storage measurement and monitoring, and an estimated 130 million barrels of incremental oil produced – was achieved through cooperation across an international border.  The fifteen-year research program examining the location and movement of the CO2 underground included research teams from Canada, Europe, the United States and Asia, and was jointly funded among several countries.

Regulations and CCS Advances in the US and Canada

Meanwhile, in the United States, where CO2 injection for enhanced oil recovery had been ongoing in the Permian Basin of Texas since the 1970s, the demand for CO2 continues to increase, driven in part by new federal legislation passed in 2017 that grants tax credits for the utilization and sequestration of CO2.

That legislation – titled 45Q – stipulates that companies capturing and injecting CO2 for the purposes of enhanced oil recovery will receive a US$35 per ton tax credit, and a further US$50 tax credit per ton for direct geological storage.

45Q is having a phenomenal effect on the development of new projects in the United States.  North Dakota Governor Doug Burgum, in a speech at the 2018 Willison Basin Petroleum Conference in Bismarck, elaborated on the importance of CO2 injection for the Bakken Formation as one of several enhanced oil recovery technologies.  Plans are underway to increase capture capacity at North Dakota’s coal-fired power plants to take advantage of the tax credits and to meet an expected increase in demand by oil producers.

In Canada, governments have been instrumental in getting two large-scale carbon capture facilities built, through federal and provincial grants over the past ten years.  Shell’s Quest Project in Alberta and SaskPower's Boundary Dam CCS Facility in Saskatchewan, combine for around 2 million tonnes of injected CO2 annually.  Canada also has a federal carbon tax in place – at present starting at CAN$10 per tonne, and scheduled to increase to CAN$50 per tonne by 2023.  The effect of this tax on motivating capture, however – given that many utilities in Canada are government-owned – is yet to be determined.

Internationally, the International Standards Organization (ISO) is working on regulations governing the full chain of CCS.  My employer, the Petroleum Technology Research Centre (PTRC), is Canadian co-chair of the Carbon Capture and Storage Technical Committee with the ISO, helping to set standards that will affect European projects.

The Future of CCS and Transborder CO2 Transport in North America

The tax credits contained in 45Q, while not eligible for capture in Canada, are nevertheless having impacts on markets for additional carbon capture facilities on both sides of the border.

SaskPower’s Boundary Dam CCS Facility – currently capturing around 800,000 tonnes of CO2 per year from a coal-fired plant – transports CO2 to both the Weyburn oilfield and, when not required for enhanced oil recovery, to its on-site deep saline storage project, Aquistore, where research is led by PTRC.

Decisions about additional capture at SaskPower’s Estevan area power stations (Boundary Dam and Shand) may be significantly driven by the expanding markets for CO2 utilization in oil fields on both sides of the border, and the precedent set with the DGC transborder pipeline may position Canadian suppliers for more favourable pricing and supply agreements with US oil fields.

45Q may have a further effect of influencing the Canadian government’s own carbon pricing and regulatory decisions.

In Alberta, the province bordering Saskatchewan, building of the Alberta Carbon Trunk Line (Trunk Line) to carry CO2 from the refineries and industrial heartland near Edmonton to oil bearing and deep saline formations further south, is well underway.

Wolf Midstream, the owners of the Trunk Line, may consider extending the reach of the line into the heavy and tight oil formations on the Saskatchewan side of the border, especially in light of Husky Energy’s successful pilot project using CO2 for enhanced oil recovery at Lashburn.  The Trunk Line already has several CO2 sources near Edmonton ready to supply the pipeline.

The bottom line?  Smart regulatory decisions and international networking are both essential to drive forward CCS on an international level.  As witnessed in the close collaborative projects between Canada and the US, CCS can play a real role in globally reducing emissions.

Norm Sacuta is the Director of Communication at the Petroleum Technology Research Centre, the not-for-profit company that manages the Aquistore Deep Saline CO2 Storage Project.