Large-Scale CCS – It IS Cost Effective, Flexible and Efficient

Scale Matters! - 2nd generation CCS design on a larger plant, such as SaskPower's Shand, increases capture rate and supports the integration of additional renewable energy from wind and solar. 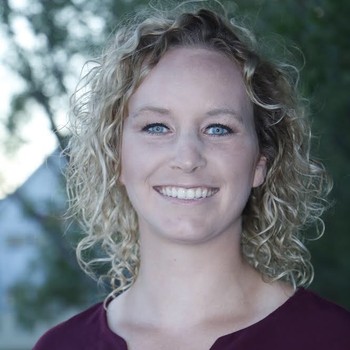 Dominika’s focus at the International CCS Knowledge Centre (Knowledge Centre) is on technical advancements and application of CCS for multiple industrial sectors, which allows for the evaluation of various CCS technologies. This includes addressing deficiencies and searching for solutions to improve the operations and reliability of Boundary Dam 3 CCS Facility (BD3 CCS Facility). She is also engaged in CCS-specific work to improve the efficiency, operating costs, and reliability of the BD3 CCS Facility with SaskPower. ​

Dominika holds a Master degree in Process Systems Engineering from the University of Regina and a Bachelor degree in Technical Physics with major in Eco-technology from Pomeranian University in Słupsk, Poland. Her focus is to gain experience and knowledge in modelling, heat integration, data analysis, and project development. She is currently working towards her Professional Engineering designation.​

When we want to purchase equipment that will make our lives easier, we often look for the most efficient and cost effective tools possible.  Scanning the market for pressure washers, we want to know how much water the unit can pump per minute.  Shopping for a new smoothie blender, we need to be able to pulverize a variety of foods fast, so we look for power and flexibility.  Thinking of a new car?  The fact that a hybrid car model has a fuel efficiency of 2.1 L/100km with carbon emissions of 49 g/km is important because long-term costs and efficiencies matter.

Such is the case for the next generation of Carbon Capture and Storage (CCS) Technology. Maximum efficiency; capturing the most carbon possible using affordable technology is key for CCS to be considered a major climate change mitigation option. The International Energy Agency says that CCS must be able to mitigate 94  (gigatons (GT)) of carbon before 2050 to limit the global temperature rise to 2°C.

“Large-scale CCS is the only technology that can substantially reduce CO2 emissions.”

Scale matters.  It’s a fact that large-scale CCS is the only technology that can substantially reduce CO2 emissions while allowing fossil fuels to meet the world’s needs for energy to power things like tools, appliances and cars.

Large-scale is within reach

With second-generation technology applied to a thermal power plant, we can do large-scale cheaper.  We can make it more efficient and ensure that it is flexible enough to not disrupt the existing operation. The need for flexibility is key because it increases efficiencies, creating a reliable, clean coal energy system that allows CCS to integrate well with renewable energy sources.

At the International CCS Knowledge Centre, we are executing a feasibility study to examine the business case for a post-combustion capture retrofit of SaskPower’s Shand Power Station near Estevan, Saskatchewan, Canada.  The Shand facility is a 300-MW, single unit, coal-fired power plant that produces approximately 1,100kg of C02/MWh.  Shand has double the capacity of SaskPower’s Boundary Dam 3 Carbon Capture Facility (BD3), which was the world’s first carbon capture facility fully integrated with a coal-fired power plant.

Potential to Capture 2 Million Tonnes of CO2 Per Year

The fact that Shand is twice the size makes it an ideal candidate for large-scale CCS application.  Large-scale takes the biggest bite out of emissions, and Shand has the potential to capture as much as 2 million tonnes of CO2 per year, demonstrating the efficiencies gained from doubling the size.

Potential to Achieve Savings of More Than 30%

As with any second-generation development, efficiencies are generated through what was learned and through the refinement of design and technology. The substantial experience gained from operating BD3 is having positive impacts on both the economics and the design in the Shand CCS feasibility study.

“We are able to scale up, make CCS more efficient and cost effective.”

Regarding costs, early projections on how much would be saved to build the second-generation CCS were anticipated to be about 30%.  However, preliminary findings with the Shand feasibility study indicate the potential for significantly deeper cost reductions.  We are able to scale up and make CCS more efficient and cost effective.

The new design offers more flexibility. The carbon capture facility, at BD3 is optimized to capture carbon when the unit is running at full load. In reality, units often run at decreased loads. With the increased need to incorporate more energy options into the grid, it is important that coal plants be able to decrease their load when required to allow for electricity production from renewable sources, and to balance the demands of the grid. As such, it is important that a capture facility must be able to continue to capture CO2 even when the unit that it is serving is running below full capacity.

The Shand design achieves both.  It takes advantage of the CCS plant's ability to vary the plant output, to increase the capture rate at lower loads beyond 90%, while supporting the integration of additional renewable energy from wind and solar.

Globally, advancements toward the next generation in large-scale CCS will continue to have positive impacts and outcomes.  We will be able to apply economies of scale to construction and operating costs, reduce the complexity of the technology, take advantage of innovation to provide more environmental benefits and take the biggest bite out of CO2 emissions.

We are headed in the right direction and Saskatchewan will continue to play a leading role by bringing science and engineering together to advance research and development.  That said, the real mark of a generational advancement happens when, in this case, new commercial plants get built and begin operating.   At the Knowledge Centre, we are keen to influence this second generation of CCS systems by continuing to apply the knowledge we gained from developing the first CCS plant to be fully integrated with a pulverized coal plant, for a tactical, global response to CO2 emissions.

For more blogs on advancements to 2nd generation CCS, see: