Role for CCS in Asia Through Coal Phase-Down 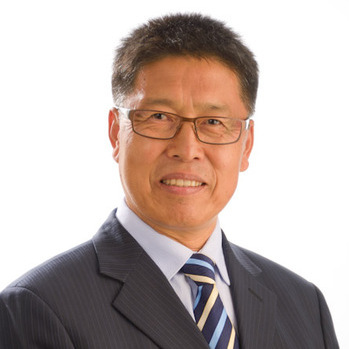 At the International CCS Knowledge Centre (Knowledge Centre), Zewei pursues opportunities of cooperation in the deployment of carbon capture utilization and storage (CCS/CCUS) projects through engagement with Asian countries. These opportunities allow for sharing of knowledge and experiences of large-scaled commercial CCUS projects and cluster development internationally through collaborative initiatives in the region; critical for allowing growth of Asian economies and supporting their climate change mitigation objectives. Capitalizing on the growing interactions between China and Canada, Zewei helped link China to Saskatchewan’s world leading academic and trade business development. ​

Under Zewei’s oversight as a Canadian certified translator, the Knowledge Centre has been able to make the important learnings about “Integrated Carbon Capture and Storage Project at SaskPower’s Boundary Dam Power Station” accessible to China. ​

Unabated coal has been a lingering emissions challenge. Caught between the necessity for affordable energy (particularly in developing countries) and the need for accelerated action on climate change, coal’s flashpoint was highlighted at the United Nation’s Congress of the Parties (COP26) in Glasgow Scotland in November 2021.

I think there is a time-sensitive opportunity for the role of large-scale carbon capture technology that was missing from the discussions. Among COP26’s accomplishments, aimed to shape decisions and actions towards reducing anthropogenic greenhouse gas (GHG) emissions for the next few years and decades to come, was an outcomes document known as the Glasgow Climate Pact (the Pact). The agreement includes commitments such as pledges on methane emissions, deforestation, and clarity of trading rules as well as an agreement to “phase-down” unabated coal use.i The key word is ‘unabated.’ This distinction gets lost in the discussions. With a global urgency to take climate action in a way that countries can actively do so, it is important to look at existing technologies such as large-scale carbon capture and storage (CCS/CCUS) that can support countries to target emissions, irrespective of the source of emission.

CCS – a tool to phase-down coal

The Pact provides the impetus to accelerate the transformation to low-carbon energy systems through the phase-down of unabated coal. This can be accomplished from adapting unabated coal plants to becoming abated (emissions captured) by retrofitting these facilities with carbon capture systems. This will allow coal to continue to play a key role in the transition to decarbonization, especially in the developing Asia Pacific region. Coal is dwindling or disappearing in many advanced economies, but it remains resilient and is even continuing to grow in developing Asia to meet expanding energy demand. Coal-fired power plants when retrofitted with CCS, offer the best option to provide system flexibility. This will help with low-emission dispatchable power to support increased penetration of variable renewable energy (VRE) into the energy system.ii

In Asia, CCS will be an essential technology to balance between the priority of energy security to support economic, population growth and maintaining strong economic growth with the objectives of achieving decarbonization. Rapidly developing Asian countries’ dependence on coal requires low emissions coal technologies application to power generation, to the industries of steel & aluminum, cement, and chemicals industry.iii

With the current flexibility and momentum for GHG emissions reduction, major developing countries such as China and India could gradually decarbonize their industries with CCS. This would allow for further innovation advancements in clean energy supply to meet the future goal of carbon neutrality. More so, provide an opportunity for cross industry emission reductions as many of these developing countries are also key links in the global supply chain for emission intensive products, such as steel and cement. While 70% of global steel are produced in Asia, up to 55% are produced in China alone, where coal is used as dominant feed stock/ energy source for steel (70%), cement (83%) and aluminum (75%) production.iv

However, there is a disagreement about who bears the burden when considering reduction responsibility, where more developed nations believe it ought to be determined based on current rather than historical emission levels, with no differentiation between developed and developing countries.

The enormous challenge remains to secure low-carbon pathways for the world to abide by the principle of Common but Differentiated Responsibilities (CBDR) under the Paris Agreement,v  and work collaboratively to achieve the common goal of a more sustainable future. Knowing that climate change is a challenge facing all of humankind, tackling the challenge requires not only cooperation among large emitting superpowers such as the United States and China, but also cooperation from every corner of the globe.

CCS in Asia – an acceleration for fossil phase-down

Developing countries are responsible for 63% of annual GHG emissions now, while continued economic growth is expanding with intensified emissions in these countries.vi With no concrete action undertaken, they would have the most to lose from inaction, as they are the most vulnerable to climate change impacts. As such, the consensus reached at COP26 also reflects the initiatives of developing countries to approach GHG emissions reduction based on needs for domestic wellbeing. This then offers a ray of hope for the overall COP26 theme of ‘international cooperation’. Building momentum and opportunity are already emerging for global energy industry and CCS technology leaders to work together with the domestic energy sector in pursuing CCS deployment.vii

CCS could help play a vital role in Asia and other developing nations in the realization of fossil phase-down, where coal is still the dominant energy source. Here at the International CCS Knowledge Centre, we have the necessary expertise to provide decision maker guidance as well as support for planning, estimating, design optimization, construction, and operation for further CCS deployment.