Could China take the lead in CCS? 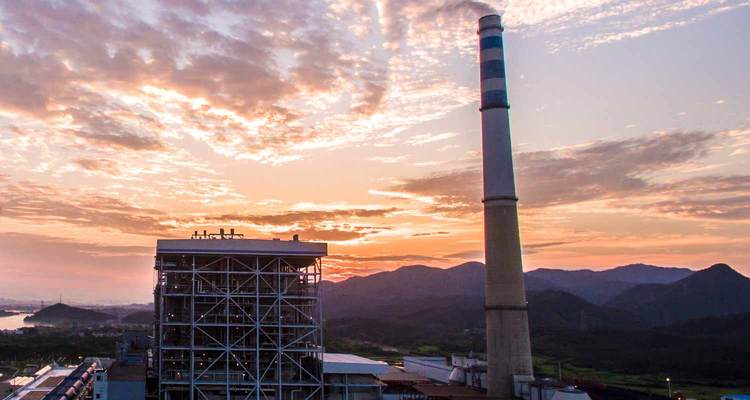 The cost of solar panels fell dramatically after China started making major investments in the technology.1 Could the same happen in China for another low emissions technology – carbon capture and storage (CCS)?

The environmental and commercial stakes are high. The IEA’s 450 scenario suggests around 5.1 billion tonnes of annual CCS capacity will be required by 20402 to meet the targets embodied in the Paris Agreement and limit the increase in temperature to less than 2°C. While limiting climate change, the world must also provide access to reliable and affordable energy to support economic development and improved living standards. The implication is simple: a serious response to climate change requires an acceleration in the development of CCS.

Assumptions of a long-term carbon price of well over US$100 per tonne of CO2 in 2040 (for example, as shown in the 2°C scenario of the IEA)3 suggests the global market for capturing and storing carbon dioxide could be worth hundreds of billions of dollars per year, with new opportunities created for technology developers and carbon dioxide storage operators.

If CCS is to make a significant contribution to global emissions reduction, we consider that its development in China will be particularly important. China currently accounts for around 30% of global emissions.4 The country has half the world’s coal fired power capacity and is currently building more than 200GW of new plants that could operate for decades.5 China’s cement and steel industries are the world’s largest by a significant margin. Both sectors will remain critical as the global population grows and urbanisation continues. To meet climate targets, the emissions intensity of these processes must fall, and CCS represents a plausible option to deliver this outcome.

It is clear that China's interest in the technology is increasing. Construction has begun on the Yanchang Project and eight further plants are planned.6 Our conversations with customers, and the research we are supporting by Peking University and its partners on the industrial applications of CCS suggest momentum should continue to grow.

More players are getting involved. Major oil and coal companies, like Sinopec and Shenhua, are investing in projects and developing technology. We’re seeing emerging interest from cement and steel companies in anticipation of tighter regulation. There’s also growing competition between provinces to host development.

New sources of funding are emerging. While the current projects under development intend to use the captured carbon dioxide for enhanced oil recovery or other industrial processes,7 the announcement of a national carbon market will create a platform for other forms of finance to develop.

We’re also seeing more international cooperation that can help accelerate development and bring costs down. For example, the knowledge sharing centre at Canada’s Boundary Dam CCS project, which BHP supports, recently signed a MoU with the Yanchang Petroleum Group. The Boundary Dam team say the lessons from their project could save developers 30% on the next plant – a significant step forward for a technology that can only truly reduce costs by being deployed at scale.

To further spur development, BHP has also announced a global collaboration with the University of Melbourne, Cambridge University, and Stanford University in a new research partnership to improve global understanding of the long term subsurface storage of carbon dioxide in geological basins. The findings of this partnership will be shared internationally to further support the acceleration of the deployment of CCS technology globally.

Nevertheless, more is needed if the price of CCS is to fall quickly enough to allow deployment at the scale and pace required. The size of the climate challenge demands CCS plays a role alongside other low emissions technologies. China’s progress is expected to be a critical part of the mix.