How to Lower the Energy Penalty for CCS Technology 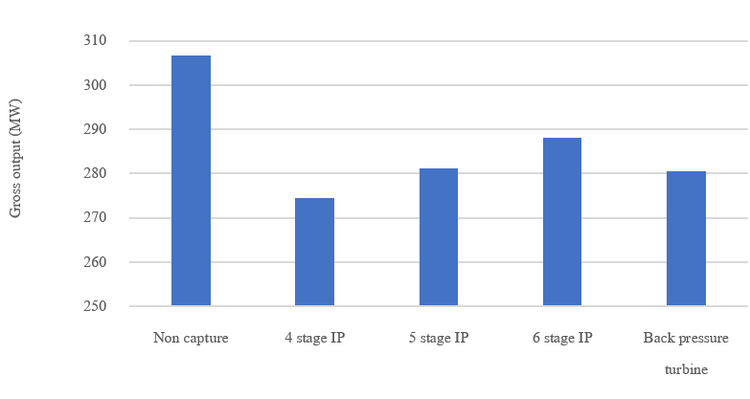 Tan’s focus at the International CCS Knowledge Centre (Knowledge Centre) is  on technical analysis and review of carbon capture and storage (CCS) process design, energy optimization and configuration. She works to ensure energy optimization and configuration as they components are an integral part of allowing for lower energy requirements and costs for CCS.  Tan also brings a specialization in amine-based carbon dioxide capture technology that focuses on process optimization, heat integration, and water management. ​

Tan is passionate about her current industrial project development work for CCS in the cement industry where she applies learnings from the development and operation of the Boundary Dam 3 CCS Facility.  She has been involved with advancing  CCS for application in other industries and is excited to see the steady momentum for CCS growing. ​

Tan holds a Bachelor degree in Chemical Engineering from Thailand, as well as both a Master and a PhD in Process Systems Engineering from the University of Regina. In May 2019, Tan received her designation as a professional engineer.​

In the world of carbon capture and storage (CCS), separating CO2 from the other gases in a power plant's exhaust stream (mainly nitrogen and water vapor), compressing it, transporting it by pipeline and injecting it deep underground under high pressure takes a substantial amount of work, consumes a significant amount of the heat generated and reduces the electrical output from a power plant. This drop in the energy efficiency of the power plant due to carbon capture efforts is known as the energy penalty.  The penalty and associated costs are a major concern for power producing companies around the world who are considering the application of carbon capture and storage technologies for mitigation of CO2 emissions.

The two main approaches for lowering the energy penalty include:

The focus of my abstract (read full abstract here) that this blog is based on applies the second approach and demonstrates how the addition of two stages to the steam cycle process significantly lowers the energy penalty of a CCS coal-fired power plant.  This abstract will be presented at the respected GHGT-14 Conference in Melbourne, Australia this October.

The foundation of our work at the International CCS Knowledge Centre is based on our real world experience at BD3, the world’s first coal-fired power plant with CCS technology. It goes without saying that major modifications are needed when conducting process integration between an exsisting coal-fired power plant and a CCS facility. These changes include extraction of process steam for solvent regeneration and cooling of the flue gas to facilitate the CO2 capture process (particularly with heat sensitive amine based CO2 absorption solvents).

The purpose of our study was to evaluate the thermodynamic performance of the integration of a CO2 capture process for SaskPower’s Shand Power Station.  Shand Power Station is a sub critical coal-fired power plant located in Saskatchewan Canada, with a gross capacity of 306 megawatts (MW).

To improve the thermodynamic performance between the CO2 process and the power station, we examined the benefits of additional stages in the IP (Intermediate Pressure) turbine with reduced crossover pressure versus the benefits from utilizing a back-pressure turbine.

How We Simulated Our Work

To simulate the modifications we used a commercially available heat and mass balance software called GatecycleTM. Its capacity includes modelling steady state design as well as the off-design performance of thermal power plants.  These applications were ideal for our study.

During the simulation process, the Maximum Design Flow (MDF) without steam extraction was simulated as a base case. Using heat balance data provided by the vendor, Mitsubishi Hitachi Power Systems (MHPS), the base model was built and run in design mode (geometry mode), allowing GatecycleTM to properly size the equipment. The effects of steam extraction was investigated by running different scenarios in off-design mode (performance mode), demonstrating how the turbines would react to the altered steam flow from steam extraction.

Ideally, steam for a post-combustion capture process should be extracted from the steam cycle at the lowest pressure adequate for solvent regeneration. This helps to minimize the loss in power generation. Extracting process steam from the IP-LP (Low Pressure) crossover resulted in reduced pressure in the crossover but it increased stresses and reduced the efficiency in the last stages of the IP turbine. To counter this, a valve was installed in the crossover, but throttling of the crossover steam flow through this valve resulted in losses. Alternatively, we extracted steam from the turbine at a pressure higher than what is required by the capture process and used a back-pressure turbine to reduce the pressure.  It resulted in generating some additional power in the process, but proved costly and paled in comparison to the results of the study that applied the additional stages.

The results of increasing the IP stages from four to six were far superior. This approach produced an exciting increase of 13.6 MW of gross output capacity to the power plant and significantly lowered the energy penalty.

A steam path upgrade allowed for the recovery of efficiency losses from degradation of the existing turbine and paved the way for the application of new turbine technology. The existing steam path was modified by replacing one or more of the turbine rotors and inner casings without having to make changes to the outer casing and without connecting piping in the IP.  A few further modifications included replacing blades and diaphragms in the early stages of the LP. As a bonus, upgrades to the steam path required minimal on-site labour and construction.

It should be noted that increasing the IP stage to 6 stages might cause the pressure at the crossover to drop too low, thereby possibly reducing the efficiency of the carbon capture process at a reduced load. This will need more investigation.

With modifications to the turbine and steam path, along with the added advantage of keeping the outer casing and associated equipment, this study proves that this approach can successfully lower the energy penalty of a CCS facility integrated with a coal-fired power plant.

For more blogs on advancements to 2nd generation CCS, see: