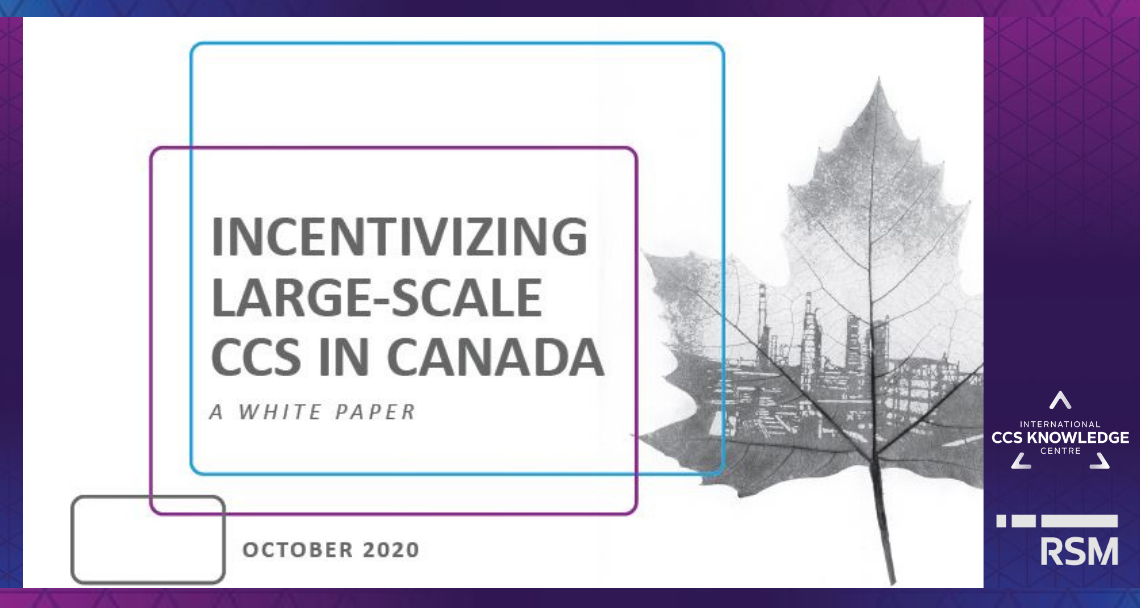 CCS is identified by the International Energy Agency and the Intergovernmental Panel on Climate Change as critical to achieve global carbon reduction goals and temperature targets. Given that Canada is not on track to meet its Paris Agreement commitments to reduce its greenhouse gas (GHG) emissions by 30% below 2005 levels by 2030; and given the fact that the Canadian economy has most recently been hampered by impacts of the pandemic, this White Paper highlights pathways in the Canadian tax system that could spur economic growth and boost productivity by supporting industry to kickstart increased CCS deployment – allowing Canada to achieve emissions reductions while aligning with the continued development of the Pan-Canadian Framework on Clean Growth and Climate Change.

Once seen as a leader in CCS technology, Canada has an opportunity to join other governments around the world who are employing a range of policy tools and incentives including tax credits and direct government grants to address roadblocks for CCS. Meeting Paris Agreement targets will require Canada to employ a concerted and near-term effort that has a combination of the right policies, significant investments, and continued innovation in large-scale CCS.

We have informed the US of considerations during their creation of 45Q. We see the number of projects that it has spurred. CCS is necessary for climate change mitigation - especially when we talk about net zero. Canada needs CCS - and Canada's tax system can be utilized to support its climate goals.” — Beth (Hardy) Valiaho, Vice President Strategy & Stakeholder Relations, International CCS Knowledge Centre

The impact of CCS is substantial with the potential to boost economic growth in Canada and also achieve climate objectives. While governments around the world already employ a range of policies and incentives in support of CCS projects, this white paper suggests that Canada must level the playing field for investment in CCS technologies on a global scale. Policy tools and incentives, including tax credits and direct government grants, could help direct investment towards CCS technology. — Alex Kotsopoulos, Partner at RSM Canada

Highlights of: Incentivizing CCS in Canada – a White Paper

About RSM Canada LLP (RSM): RSM’s purpose is to deliver the power of being understood to our clients, colleagues and communities through world-class audit, tax and consulting services focused on middle market businesses. RSM Canada LLP provides public accounting services and is the Canadian member firm of RSM International, a global network of independent audit, tax and consulting firms with more than 43,000 people in over 120 countries. RSM Canada Consulting LP provides consulting services and is an affiliate of RSM US LLP, a member firm of RSM International.  For more information visit rsmcanada.com, like us on Facebook, follow us on Twitter and/or connect with us on LinkedIn. For more info: https://www.rsmcanada.com/