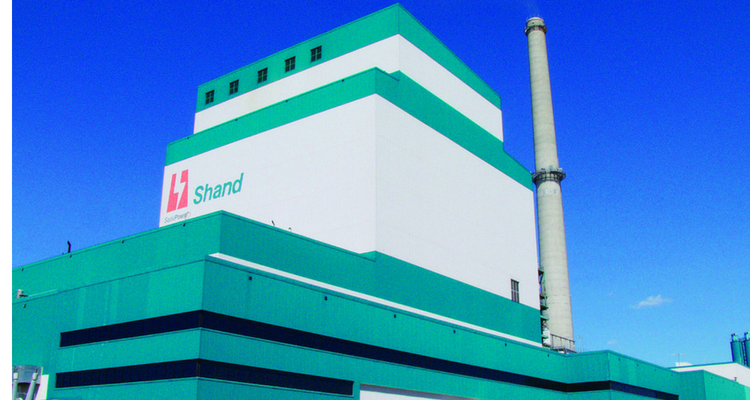 Regina, SK – Earlier today SaskPower announced their intention to retire their aging Boundary Dam Power Units #4 and #5, in 2021 and 2024 respectively. Despite this decision, the news release notes that Carbon Capture and Storage (CCS) will continue to play an active role in reducing emissions in Saskatchewan.

In fact, the next generation of CCS technology will be significantly cheaper, more efficient, and integrate well with renewable energy - that’s according to the preliminary results of a high-level CCS feasibility study on SaskPower’s Shand Power Station. The study, conducted by the International CCS Knowledge Centre, presents a compelling business case for applying CCS technology to larger coal units.

CCS has critical roles in providing reliable baseload power and mitigating greenhouse gas (GHGs) emissions. Once the feasibility study is complete, results will inform SaskPower of the potential to add CCS on Shand as part of the province’s future energy mix. The International CCS Knowledge Centre will apply these principles to other feasibility and FEED studies throughout the world in a variety of industrial applications, including cement, waste-to-energy, as well as coal power.

Advancements from the feasibility study take large-scale carbon capture up to a new level, creating a second-generation in CCS.

The substantial experience gained from operating SaskPower’s Boundary Dam Unit 3 Carbon Capture Facility (the world’s first commercial-scale CCS project using post-combustion technology on a coal-fired power plant) is having positive impacts on the design contemplated in the feasibility study.  Scaling from a 150 MW coal-fired unit to 300 MW coal-fired unit, the new CCS design would have the potential to capture as much as 2 million tonnes of CO2 per year.

As with any second-generation technology, cost reductions are expected. Cost reductions for a next facility were originally anticipated to be 30% less; however, this study’s preliminary findings indicate the potential for significantly deeper cost reductions.

There are also several important environmental benefits of the new design beyond CO2 abatement. The design takes advantage of the CCS plant’s ability to vary the plant output, and to increase the capture rate at lower loads beyond 90%, such that it supports the integration of additional renewable energy from wind and solar.

The CCS feasibility study on the Shand Power Station is due for publication release later this year.

In the meantime, for high-level information about the feasibility study, please see the abstracts for technical papers (spearheaded by the International CCS Knowledge Centre) that have been accepted to the renowned GHGT-14 - a biannual premier technical conference on CCS that attracts cutting edge experts from around the world to provide a platform for knowledge sharing and CCS growth.

About the International CCS Knowledge Centre:   Operating as an independent non-profit organization, the International CCS Knowledge Centre was established by BHP and SaskPower in 2016. It is mandated with advancing lessons learned acquired at the Boundary Dam 3 Carbon Capture Facility to accelerate and advance deployment of CCS globally to reduce greenhouse gas emissions.